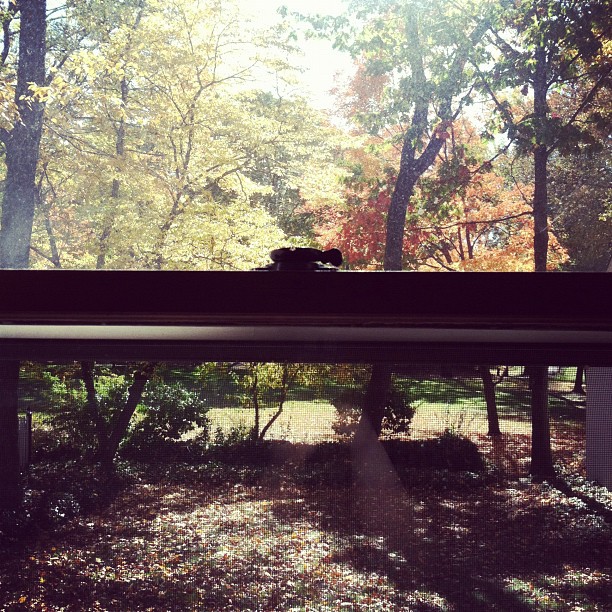 HEY EVERYONE! So I guess you guys know that I live in New Jersey and Hurricane Sandy just passed through here. My house was basically untouched (except for the fact that we lost cable for a few hours), unlike last year with Irene. I'm very sorry to those who are going through a rough time right now but you'll all get through it. I did last year when I lost everything in my basement, my car, and was stranded in my house for a few days without electricity and hot water.

Anyway, I wanted to update you on all things Marlee (since I haven't in a while), so let's get started! 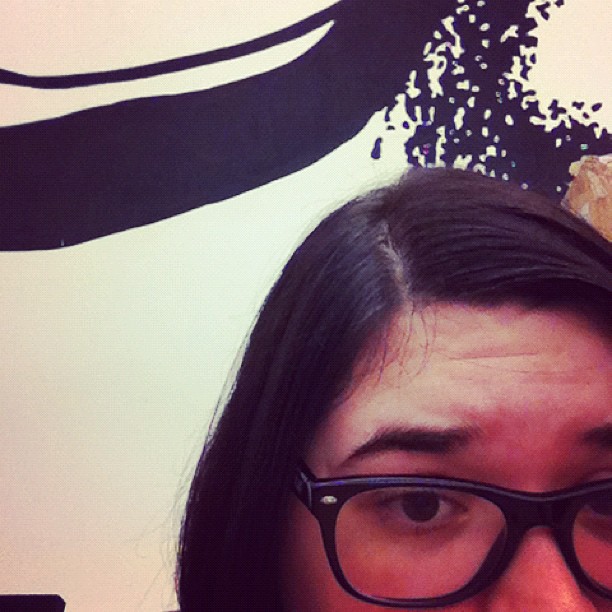 Two weeks ago I started Improv 401 at UCB with Ryan Karels. The first day of class was REALLY scary. Everyone seemed a bit nervous and threatened but when we started week 2 we all seemed to calm down and feel better about the whole situation. Because of the hurricane we won't be having any class this week (the subways and NJ Transit is all fucked up) so everything is gonna be mixed up for a little while. 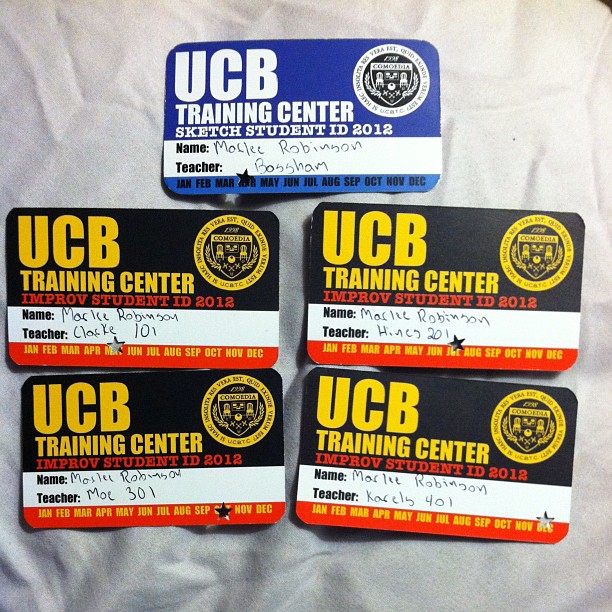 I took a picture of all of my student IDs, both past and present. As you can see by the stars hole punched into each of them I took all of my classes one after the other because I'm just super cool. Just kidding. I'm pretty lame. 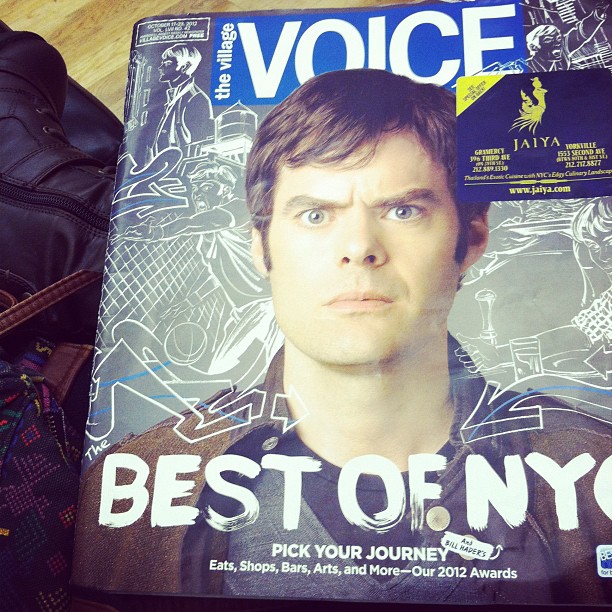 While at school I read this issue of The Village Voice. It was all about the best places in NYC to do basically everything. It had the best Chinese food, the best bars, the best arcade/bars, the best comedy clubs (UCBEast was their choice!), and so much more! I don't live in NYC and I'm not old enough to go to any bars, but I know I'll be checking a lot of these places soon. 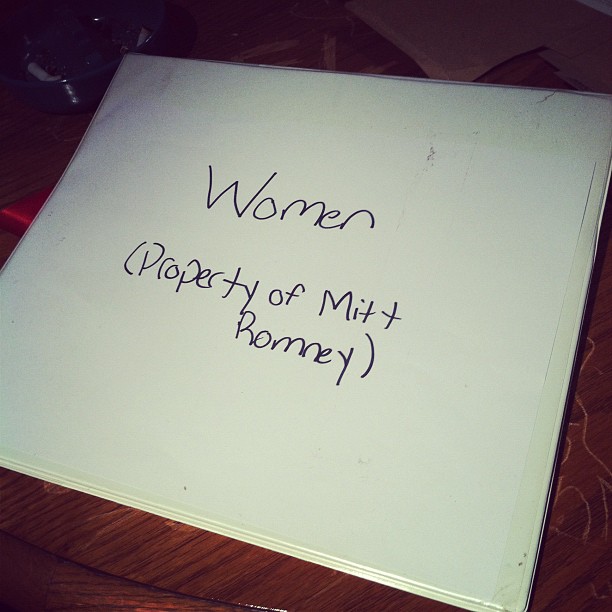 On Saturday night a couple of my friends and I went to the restaurant that my mom works at to get dinner and possibly go to their Halloween party (which we didn't go to because my mom never told me what time it was at and we were there too early). We wore costumes anyway just to be festive and as you can tell from the photo above we were women with binders hanging around our necks. I hate politics, but this idea was really fun. My friend Megan (from Girl Meets Mars) came up with the idea. My friend Maggie (also from Girl Meets Mars) made this binder for me. That night we recorded a new episode of the podcast and you can listen to it here. 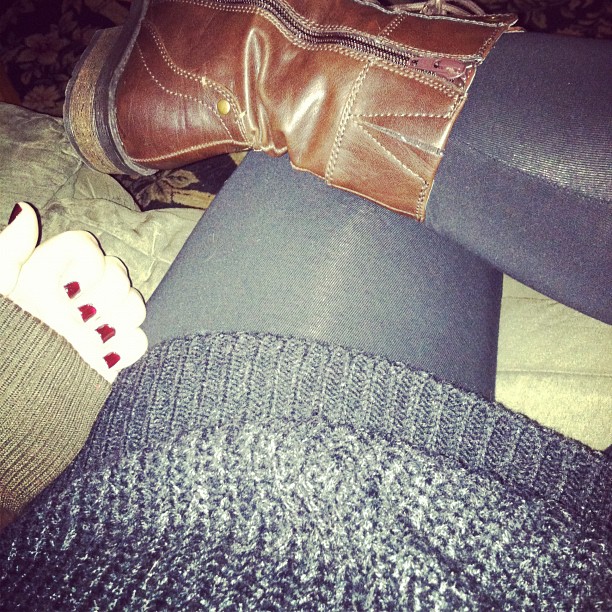 I now have a new favorite fall outfit. Recently I bought this sweater in black from Urban Outfitters. It is AMAZING. It's a bit pricey but it is so flattering and comfortable. It's probably my favorite piece of clothing. It also has a beautiful crisscross back. I wish I could wear it every single day. It won't let me post the picture of the sweater I have from the site so just click the link from earlier to see it. The sweater also comes in Ivory, Teal, and Maroon.

As you can see I'm also wearing other stuff in my "favorite fall outfit" photo. My Nana just bought me those brown boots (I don't know the brand but they're from Macy's) and I have on some black high waisted leggings and a brown leather jacket that used to belong to my Grandpa. I also have a new favorite fall nail color. You're not going to be surprised when I tell you that I am IN LOVE with Oxblood. I bought La Moss Nail Lacquer from butterLONDON (my favorite nail polish brand) from Urban Outfitters and it is beautiful. I'm not good at painting my nails (see "Nail Art: A Concept I'm Trying To Grasp") but I love doing it and I especially love using fun colors like Oxblood. 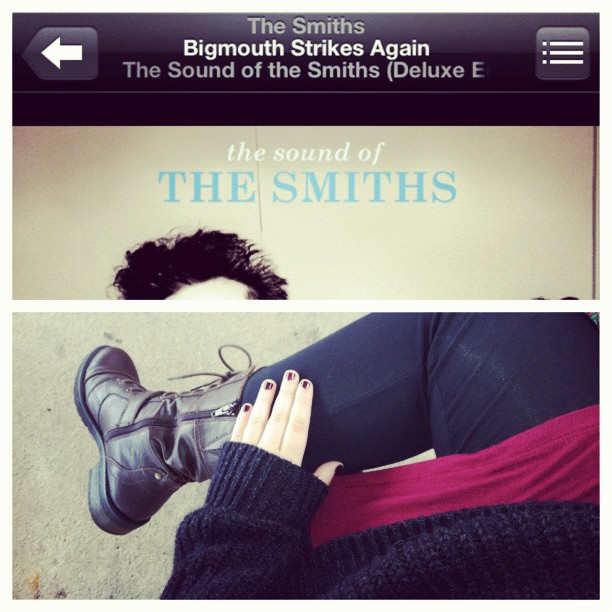 I decided last Wednesday that I should've been born a lot sooner. I would've fit in pretty well in the 80's, but only in London. I'm pretty fashionable sometimes and insanely cool all of the time (see the picture above). On Wednesday my boyfriend and I went to the UCB Theatre to see Mr. JOHN MULANEY LIVE! We got there so early that we were in the front row and got a great view of Mulaney. He was so funny! He was practicing for his new upcoming hour and we got to see all of his new material. Christian (my boyfriend) loved it. It was his first time seeing a comedian in the city and I'm glad he enjoyed it. 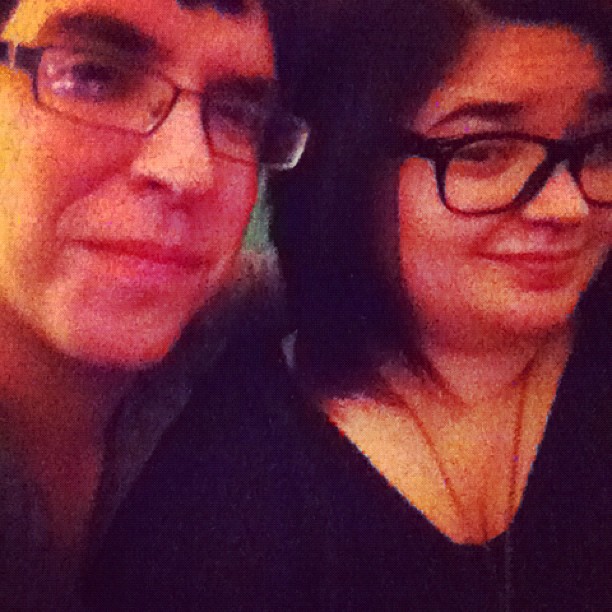 We took this picture last Tuesday of the two of us. He's so cute! Plus I got to wear that awesome sweater (which is my main reason for liking this photo (JUST KIDDING!)). 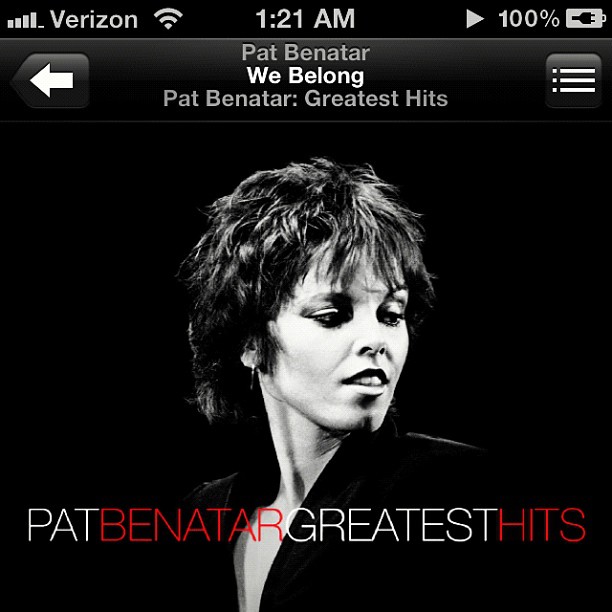 Before the storm hit I downloaded this amazing song, "We Belong" by Pat Benatar. I've always loved this song but I never knew who it was by or what it was called before Saturday. I listened to it on repeat like 75 times while playing solitaire. 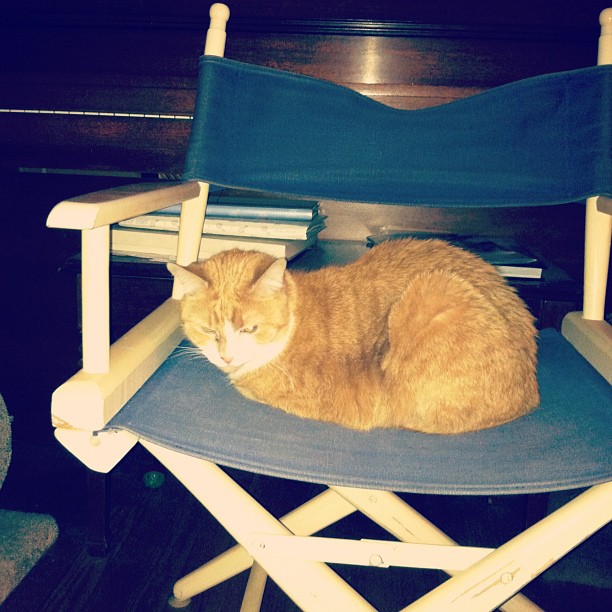 I only took two pictures "of" the storm. This picture of my cat (ironically named Sandy) on one of the chairs from my basement is one of them. We brought everything upstairs in case of flooding and Sandy pretty much napped on every single chair. It was pretty cute when she slept on this one because she looked like a little director who hated the project she was working on. 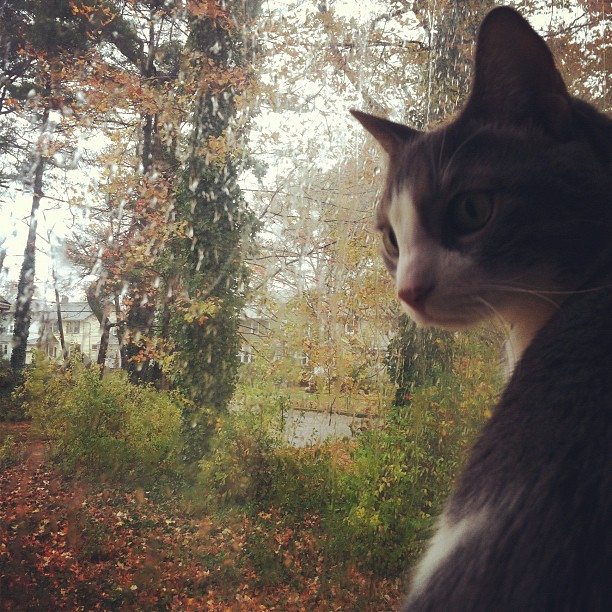 The other picture I took was of my other cat, Angus, watching all the leaves blowing in the wind during the storm. He was running around in the window trying to attack everything that was outside. He's so tired from all the exercise he's been sleeping since last night. While he was in the window he kept smacking me in the back of the head with his tail and it was both annoying and funny.

I don't really have any other updates. The storm seems to have passed which is great and my life is pretty much the same. I hope everyone out there is safe and sound (if not sound then at least safe).
butter london cats clothes Halloween hurricane hurricane sandy john mulaney life music my silly face nail polish pat benatar photography the smiths the village voice ucb ucb ny theatre ucbeast theatre