Penn Station Still Smells Like Piss in The Early Mornings on Weekends; My First Time at a 24 Hour Comedy Festival 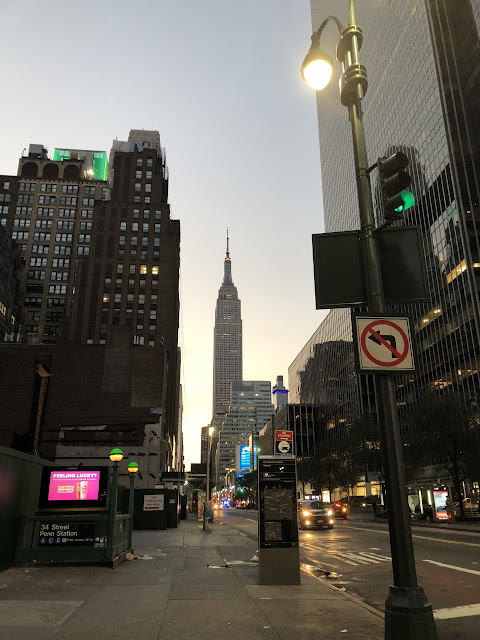 I have been doing comedy on and off for 6 years now. In the last year it's been mostly on. I love it an insane amount. It's my passion and possibly my true calling. Maybe. We'll see. This year was my first time participating in a comedy festival. The fourth We're Trying Here, a 24 hour festival, happened this past weekend. My new-ish indie team "hmm" got picked for the 1 am slot. Now, I live in New Jersey and NJ Transit aka the devil makes it very difficult to get home at night, especially on weekends, from the city. I wouldn't have been able to get home after my slot, even if I tried. So I didn't try. I got to the festival (with snacks in hand) around 10:40 pm Saturday and took the 7:07 am train back home on Sunday.

I haven't stayed in the city all night with no where to sleep in several years. Back then I was 19 or 20 years old and was content wandering around Midtown all night with a friend. Now that I'm pushing 27 I was worried I'd feel drained pretty quickly. Weirdly a Chameleon Cold Brew coffee and 3 cups of Trader Joes wine kept me fucking going. I watched some sets, I performed, I randomly performed again in a jam, and then I read stage directions for the first time ever during a very sleepy and drunken Shot4Shot remake of A League of Their Own.

I get back to Penn Station around 6:40 am. Sunday. It was creepy outside and inside just as busy as ever. It smelled bad. Jamba Juice was open again. The pizza place I like was closed. I was pretty tired and wearing a bomb ass blazer/jacket thing. I was riding a high after several people told me how funny, smart, beautiful, and stylish I am. I usually don't feel that way about myself but my fake confidence is starting to become real confidence. I never thought I'd make so many friends doing this, considering I never did before. I do now. I love it. And I love Penn Station, even though it smells nasty a lot, if not most, of the time. 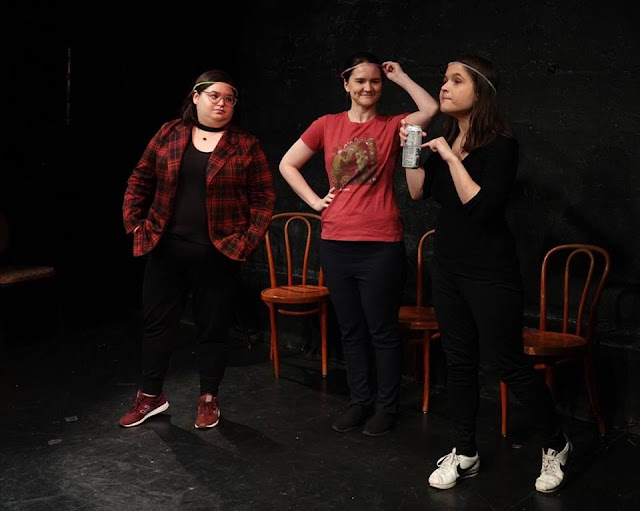