Recently while perusing Facebook I stumbled upon an article from Bustle called "19 Of The Most Underrated Kids' Shows From The '90s That You Need To Revisit". One thing about this list that I didn't like was that it's FILLED with beloved, well known, and well received shows like Recess, Angry Beavers, and Animaniacs. Those shows were HUGE! Recess had a movie! A real one! Animaniacs was incredibly so good, so good in fact that Pinky and the Brain got a spin off and that show is also on Bustle's list, even though it was also very popular.

Their list included a few shows that I do agree with, including Pepper Ann, KaBlam!, and Aaahh!!! Real Monsters. Those shows were huge to me. Most people only talk about Action League Now when they talk about KaBlam! KaBlam! had so many other great cartoons that barely anyone I know remembers (except for my brother who remembers pretty much all the same TV shows that I do). Now, I am a millenial so a lot of the stuff I watched that I find "underrated" is also from the 2000's so this isn't a complete relist of Bustle's list, just some stuff that I enjoyed. I'll start with the photo I happily provided above, Teacher's Pet.

Teacher's Pet was a very funny Disney show starring Nathan Lane as Spot, a dog who wants to be a human boy and disguises himself as one going behind his owner's back and ending up in class with him at his school. It was a very cute show. The art style is used in the game Cranium, because the creater was the artistic director of the beloved game. I freaked out the first time I played it because I thought of Teacher's Pet instantly, but my friends who were playing it with me had no idea what Teacher's Pet was. It was...upsetting. 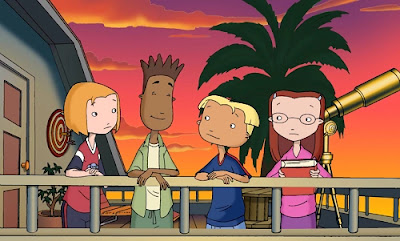 Another one from Disney, The Weekenders was one of my FAVORITE shows growing up. It's about 4 best friends who spend all weekend doing cool things together like going to the mall, museums, arcades, and their favorite pizza place which happens to change it's theme in every episode. My best friend and I talk about the show a lot, but it wasn't as popular as it should've been, especially for a show that has Wayne Brady sing the theme song! I loved the relationships between the friends and the main character, Tino's, very open and honest relationship with his weird and wise single mother. 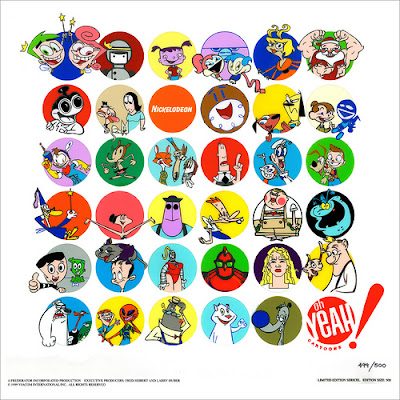 Oh Yeah! Cartoons was a cool concept for a show. Every episode was made up of shorts of random cartoons that weren't full length shows. Weirdly, some of the shorts did get their own shows. Fairly Odd Parents got it's start on Oh Yeah! Cartoons, as did ChalkZone and My Life as a Teenage Robot (one of my favorites). The cartoons had incredibly different art styles, concepts, and themes. Some of them were even featured again in other episodes because they were popular and well received. A favorite of mine and my brother's was called What Is Funny? It's about a dog trying to figure out the concept of what is actually funny. It's actually pretty creepy, but my brother and I used to quote it constantly. Nickelodean tried this concept again with Random Cartoons (which I only saw maybe once) and that show included the original pilot for Adventure Time, so it just goes to show you that a show like Oh Yeah! Cartoons is a pretty cool concept for animators looking to get their stuff out there. 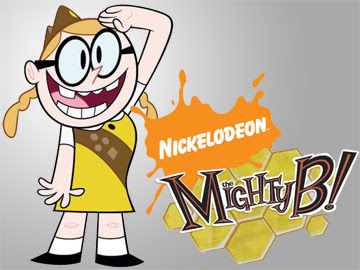 The Mighty B! was created by amazing human being Amy Poehler. It is about a girl named Bessie (voiced by Poehler) who lives in San Francisco with her mother, little brother, and pet dog Happy. She is a devoted Honeybee girl scout who wants to grow up to be a super hero called The Mighty B, if she can collect the most scout badges. I found this show to be very funny and Bessie to be extremely likable, even if she was a little crazy. Poehler used the voice multiple times on The Upright Citizens Brigade and Saturday Night Live, and it was very fitting for this little girl. I love female driven shows, and this one was very fun. Seeing a cartoon with such an ambitious female lead was very refreshing. It won a daytime Emmy for animation, but the ratings weren't good and the show got cancelled. It got brought back for a little while in 2015, but it didn't do well with ratings a second time around. Too bad because it was pretty great. 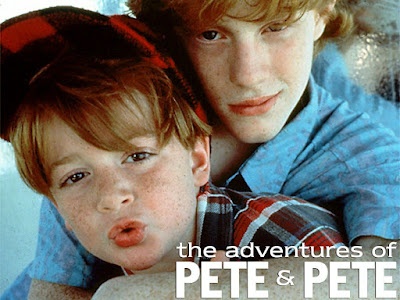 Pete and Pete has always been a favorite of mine. I was a little too young to watch it when it first aired but I always watched the reruns growing up. Pete and Pete is about two brothers, weirdly both named Pete, growing up and living pretty different childhoods due to their vastly different personalities, in the fictional town of Wellsville. They experience love, heartbreak, friendships, and annoying sibling drama. I used to have a huge crush on Big Pete and even told him about it on Twitter. He was cool with it. Little Pete aka Danny Tamberelli went on to do All That and Figure it Out on Nickelodean. I always thought he was super funny and he really got to show off his talents on All That. Pete and Pete was also partly filmed in the town that I live in. Some episodes take place in a school by my old high school, one takes place at the pool on the other side of town, and in the intro for one season Little Pete slides down a hallway in my old high school. When I moved here I thought it was so awesome finding that out considering this was one of my favorite shows.

I don't know many people who watched these shows, which is why I think of them as "underrated". If anybody did watch them and wants to discuss them, I am totally into that so please please please let me know! If these shows aren't underrated enough for you, sorry I tried.
cartoons disney nickelodean oh yeah cartoons teacher's pet television the adventures of pete and pete the mighty b the weekenders tv