Let's all take a moment to bow down to 80's and 90's movie legend John Hughes. He's the genius behind great films like Ferris Bueller's Day Off, The Breakfast Club, and of course, Sixteen Candles.

Sixteen Candles stars Molly Ringwald as Sam, a high schooler celebrating her 16th birthday while her family forgets all about it. Sam has a crush on the dreamy older Jake Ryan (swooning), but she thinks he doesn't know she exists. You heard me right. Have you SEEN Molly Ringwald? She's gorgeous, cool, and was so many people's dream girl  in the 80's. The fact that Jake wouldn't notice her is astounding to say the least.

But Jake does know Sam exists and he likes her, too. There are multiple problems here:

1. Jake has a girlfriend
2. Sam is already super down on herself about her family forgetting her HUGE birthday
3. Anthony. Michael. Hall.

Sixteen Candles has everything a teen could want in a movie! Laughter, romance, a huge party that destroys a house, a weird foreign exchange student who has SO MUCH game (and eventually makes his way to Gremlins 2 and ER, be still my heart), and obviously Molly FREAKING Ringwald.

Now I'm not saying Sixteen Candles is better than Breakfast Club (or am I wink wink). All I'm saying is it's a great movie and you should watch it and love it as much as I do. Also ANTHONY MICHAEL HALL 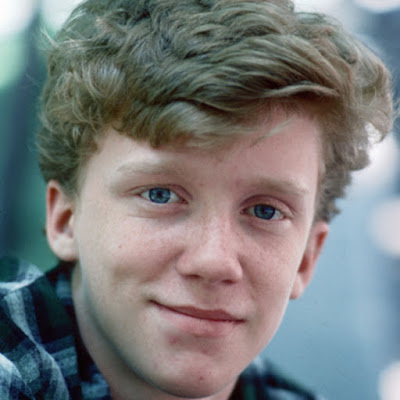