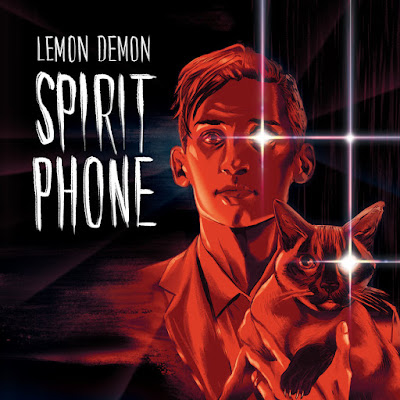 Ok, so this band Friday is just an excuse to talk about my love for Neil Cicierega. I LOVE him. I have loved him for several years and it's a little weird and creepy (don't read this Neil!). Since "Geeks in Love", "The Ultimate Showdown", and "Word Disassociation" I've been fascinated with everything he does.

Fore those of you who don't know the guy I'm talking about put out Potter Puppet Pals. Yeah, THOSE Potter Puppet Pals. Most millennials in my age bracket know them, even if they don't like them they know them. Neil's tastes are so all over the place it's almost like being in my own mind along with 12 other people's at the same time. Recently he put out two mash up albums called "Mouth Sounds" and "Mouth Silence". "Mouth Sounds" is based on Smash Mouth's hit song "All Star" from the first Shrek soundtrack. It's a little terrifying to listen to but extremely fun. "Mouth Silence" does not have a theme and is pretty much just some great mash ups I never would've dreamed could exist, but I'm happy they do.

Neil just released a new album as Lemon Demon called "Spirit Phone" (see above) and I like it a lot. I was so excited to get it I tried downloading it on the train which was a huge mistake because bad service means no music. If you'd like to hear it for yourself you can check it out for free on Bandcamp and if you really like it you can purchase it on Bandcamp or iTunes (which I did because I'm a sucker).

Anyway please enjoy this alphabet song Neil made. It'll help you learn your ABC's for sure!