FAVORITE MOVIE MONDAY: THIS IS THE END 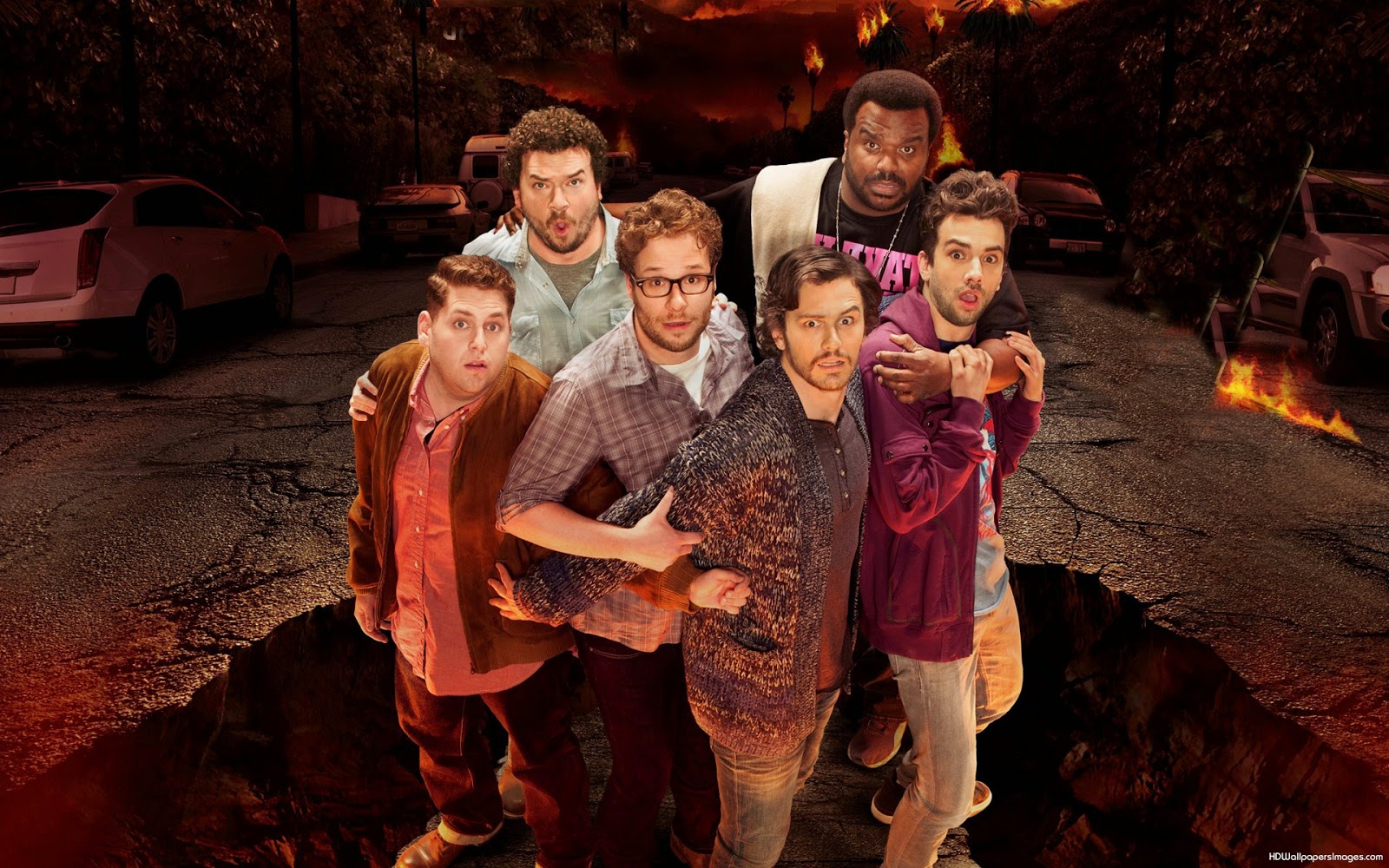 HELLO EVERYONE! We haven't talked in a while (sorry!) and what better way to start off a summer of posts (hopefully) with a classic, Favorite Movie Monday!

This Is The End starts Seth Rogen, Jay Baruchel, James Franco, Jonah Hill, Craig Robinson, and Danny McBride. During a party at James Franco's house the Rapture occurs. Jay sees people at a convenience store get beamed up into heaven and the others don't believe him until they see the underworld around them. They barricade themselves into Franco's house after watching several party guests (including Mindy Kaling, Michael Cera, and Rihanna) fall into a hole leading to the underworld. Demons emerge and start to take over. Because so many people have gone to heaven rules change and everyone fends for themselves. The guys try everything to stay safe and hopefully beam up to heaven with all the other deserving people while protecting themselves from demons and Emma Watson.

This is easily one of my favorite movies. The first time I saw it I was less scared than I was on the edge of my seat hoping the guys make it. I honestly thought this movie would terrify me but I've watched it so many times and love it more and more every time. It's funny, dark, scary, and really gross at points thanks to Danny McBride. If you haven't seen it yet you really should watch it. It's so funny and Evan Goldberg and Seth Rogen really scored with this one. I watched it earlier and it just felt like it was new again and I was just as excited and scared for them as I was the first time watching it. If you love to laugh find this and watch it because it's excellent. Great performances by great actors.
comedy craig robinson danny mcbride james franco jay baruchel jonah hill movie monday movies seth rogen this is the end