WHEN OBSESSIONS TAKE OVER 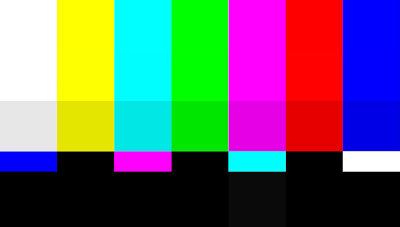 I like to talk, A LOT. I'm almost always talking about the same thing, television. I am OBSESSED with TV and have been from a very young age. I have always known that I am but there are certain moments where you really realize you have a problem,  like when you can't stop talking about Tiny Toon Adventures, a 24 year old television show, to your boyfriend who doesn't really remember it in incredibly accurate detail. I can't watch certain shows without crying in the first few minutes over the title sequence. I lay in bed at night thinking about old episodes of How I Met Your Mother and laughing at one weird quote Marshall said in that episode and that episode alone. I go to work and bring almost every situation or thing my friend said back to a Spongebob quote that only I remember.

My siblings can do this just as well as I can and I guess being so used to having someone laugh at the dumb reference I have at home I expect everyone outside of my house to find all of these minuscule observations hilarious. Not everyone does and most people just say "Uh huh" and nod along even though I am obviously annoying them. My mother has noted that I can remember so many lines from movies and shows and can't really remember important things like to do my laundry or eat. She says if anyone will know the line or the character or the actor that was up for the part and lost it to whoever, Marlee will remember.

For some reason I find all of these details important and bring them all up quite frequently. I even quote lines from movies and shows in every day life that actually work in the situation and make people think that I'm clever when I'm not. I more frequently quote things that make no sense. I am notable for saying "I'm going to the snack bar" while leaving a room. It makes no sense but Patrick said it once on Spongebob in the episode where Spongebob becomes a lifeguard and I have been saying that ever since. That episode is from 2002 and I am STILL referencing it at least 3 times a week.

TV just means so much to me. It's been there for me when no one else has. I think that's why I want to get into the business. I want to be there for someone when all they have is a fun group of 6 people that hang out at a bar or 4 girls who don't have it together or a TV writer and her lovable cast and crew that are crazy and funny and most of the time just make no sense at all. Everything about TV just makes me feel good. I have so many soundtracks to shows on my iPhone and listen to them frequently thinking about the show. Right now I'm listening to "Hey Julie" by Fountains of Wayne and I have it BECAUSE it was featured on Scrubs.  The Emmys are my Oscars and Tonys AND Grammys. I want to have red carpet in my future home just to walk around on during the Emmys and Golden Globes. I have a Late Night With Jimmy Fallon coffee mug and when I use it I feel like I'm either being interviewed or I AM Jimmy.

I watched the first episode of The Tonight Show today with Jimmy Fallon and balled almost the entire time starting at the opening just seeing NYC and remember what it felt like to be apart of a studio audience the 4 times I was lucky enough to. The energy and seeing how many people are so excited and just knowing that other people will watch this later and laugh, maybe even cry like I was and am now. To be apart of TV is my dream and I would do anything to just get to be in an audience cheering or a studio editing or being on screen telling the jokes or be behind the scenes writing those jokes or sweeping up after the show in Mr. Colbert's dressing room. It means so much to me and I want to be there for it as much as it's there for me, and it's there for me 100% of the time every single day making me laugh and cry and dream a little more.
life obsession personal television tv