NYCC DAYS ONE AND TWO (FRIDAY AND SATURDAY) 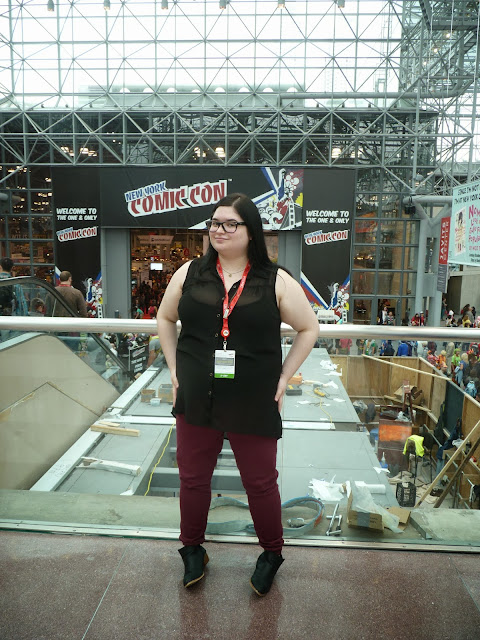 Hey guys! I promised I'd keep you updated throughout my trip to NYCC but everything has been so busy and my internet connection is weak. I decided to combine Friday and Saturday into one post. I'll also be posting an #OOTD post from Friday.

The day started with Christian and I seeing a preview for the new South Park game South Park: Stick of Truth. The game play is EXACTLY like the show. It looks amazing. We both pre-ordered it and got an exclusive Cartman figurine. 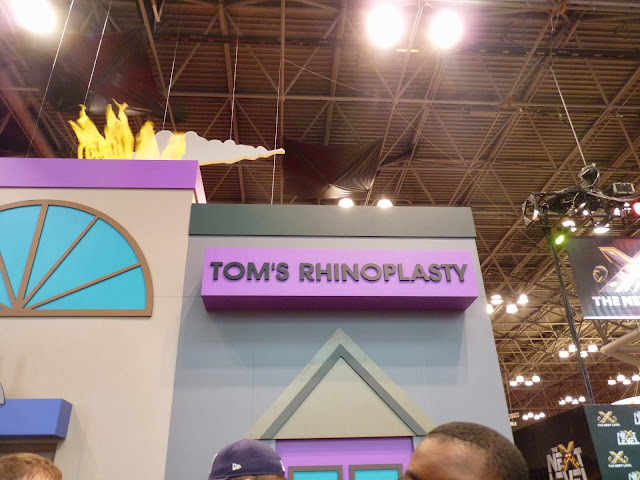 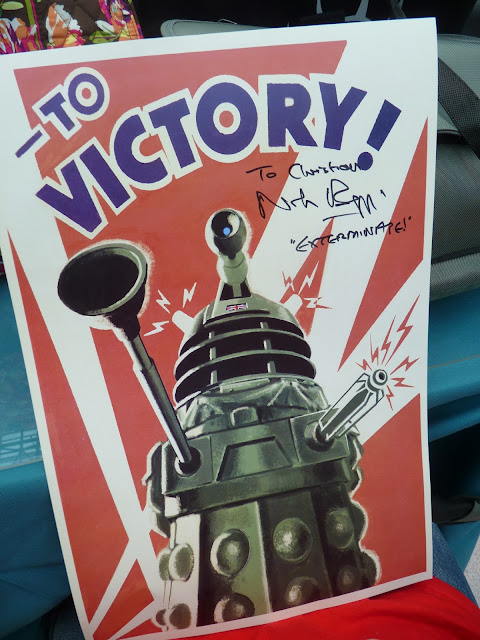 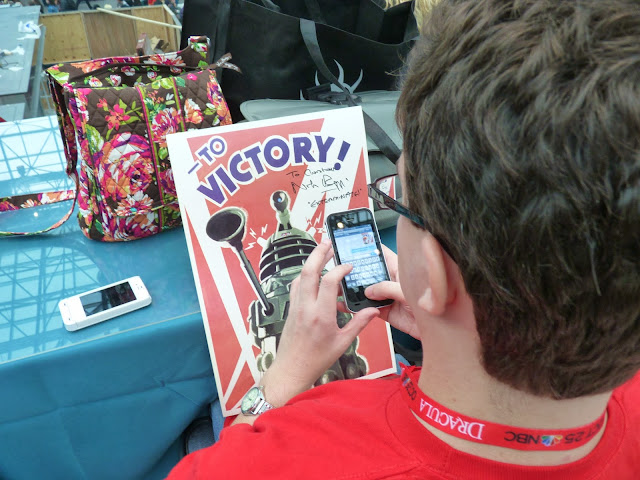 Christian met Nicholas Briggs, the voice of the Daleks on Doctor Who. He said he was super nice and joked around. 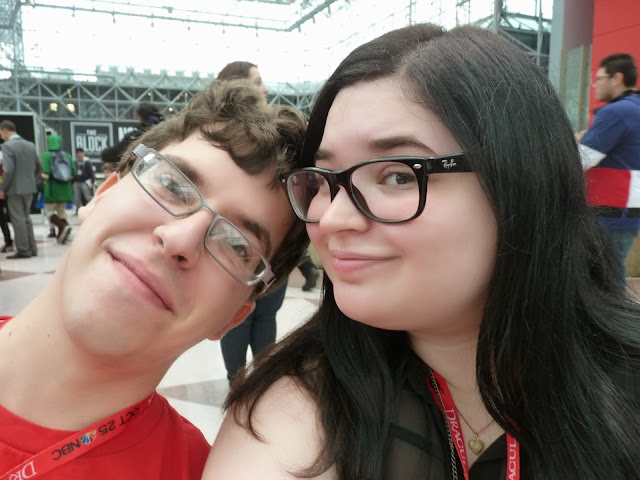 So BJ Novak wrote a book that's coming out in February and had a panel at the Con talking about it. He read some short stories and then gave out copies of some of the stories and signed them in a meet and great. He was pretty inspiring and super nice. I told him that my mom and I love The Office so he gave me two copies of the book, one for me and one for her. 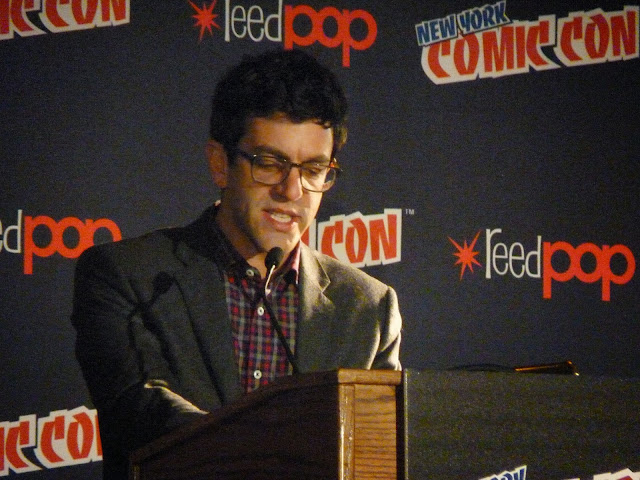 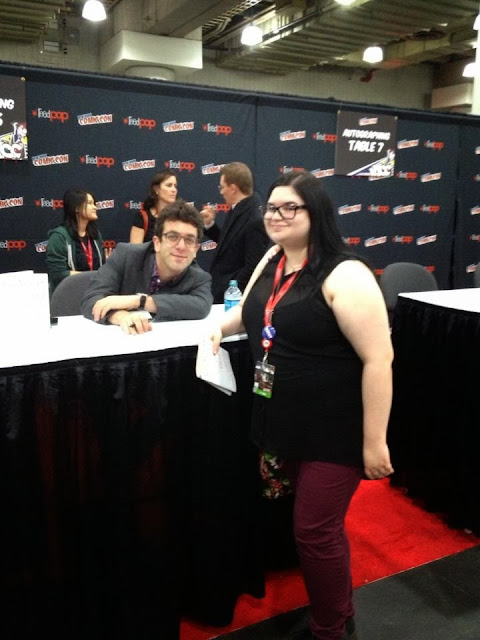 Meeting him was one the highlights of the whole Con for me. 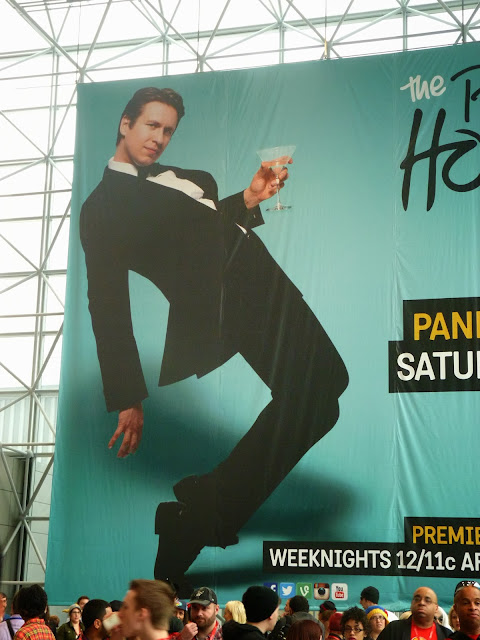 Also this GIANT Pete Holmes Show poster made me really happy. Side note, we saw him on Saturday going into the VIP area. He was just as cute in person as he is in the poster. 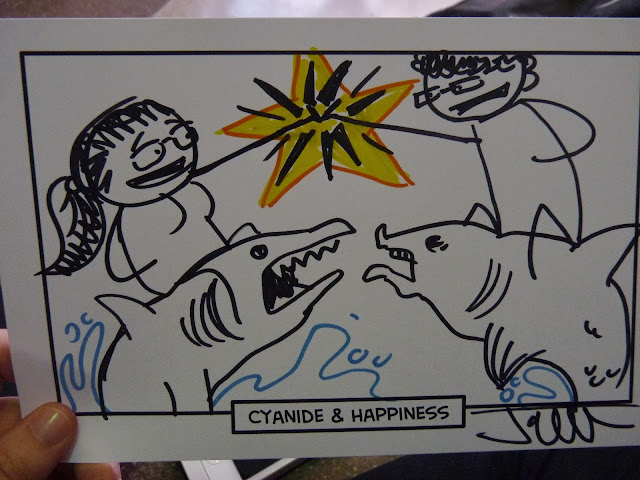 The highlight of Saturday was meeting the guys behind Cyanide & Happiness. I got a book by them for my brother and they drew this comic of Christian and I. I'm on a shark and Christian is riding a tuna fish. It's how we are in real life. 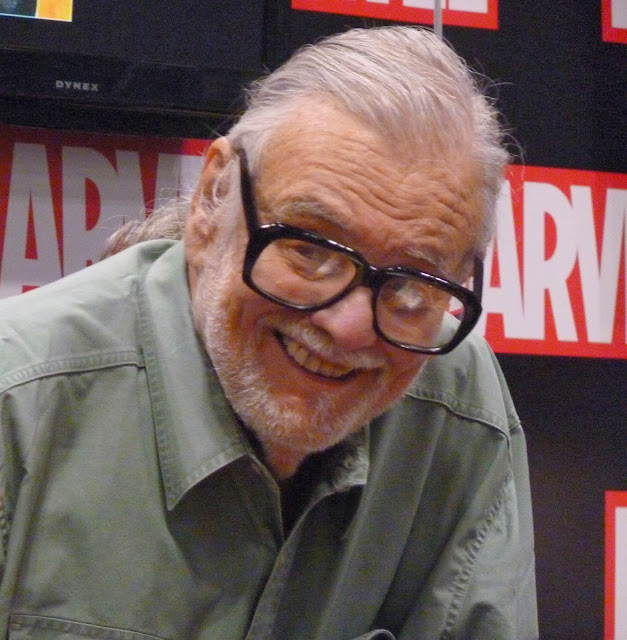 There was a really long line around the Marvel area but Christian and I just sort of wandered around. Then we turned around and saw George Romero signing stuff and taking pictures. I took one and it came out ok since he was posing for someone else. Christian was just talking about him in the morning so it was cool to just sort of run into him.

Also just to make you all hate me, Christian and I saw Book of Mormon on Friday night. It was THE GREATEST THING I'VE EVER SEEN EVER. That is all.
bj novak cyanide & happiness george romero my silly face New York City new york comic con nicholas briggs nycc pete holmes south park