GIRLS IS RETURNING THIS SUNDAY! 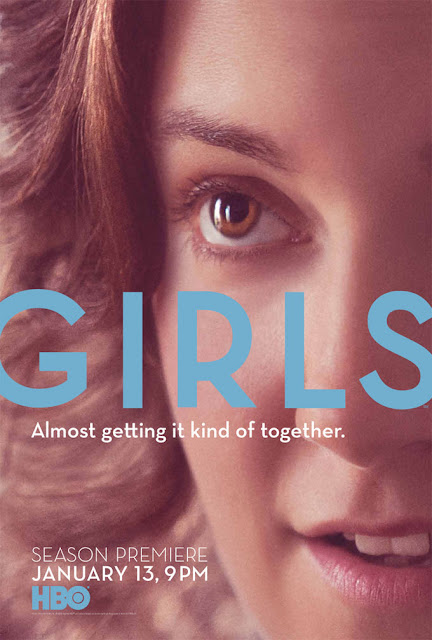 If you watch TV or go on the internet (which if you didn't and you're reading this right now would be really weird) then you know about HBO's hit series Girls. When it first started there was a lot of talk about it everywhere I went. People loved it. People hated it. A lot of people judged it without even watching it. I had no idea what to think. I had heard about it online and was interested in it because of the premise. Four closer to my age women living in the city!? Be still my twenty-something heart! I decided to watch at least two episode of the show before I judged it. I ended up watching the whole first season and falling in love. I felt that everything about the show was relate able. And if something didn't relate to me it related to someone I knew or something I heard about a friend of a friend.

I just find the show to be very real which makes sense because creator, star, writer, producer, and director of the show Lena Dunham bases a lot (if not all) of it on real life situations she's encountered or seen her friends go through. It's also nice to see a show based around younger characters. Most shows out now are about an older crowd of people settled into their jobs and their lives or teenagers getting into crazy situations with laugh tracks backing them up (because do we really know when to laugh at those shows? We do. And it's never). I just love the fact that I can finally watch a show and think "Yup. That's it" instead of "That's where I want to be" or "I wasn't like that when I was 15! Wait, was I!?"

Girls returns this Sunday January 13th at 9 PM on HBO. And if you're interested there's this pretty great article/interview "The Guys of Girls" did with NY Times writer Melena Ryzik on season 2, their characters, and their lives. Here's the link! :

And in This Corner, the Boys of ‘Girls’