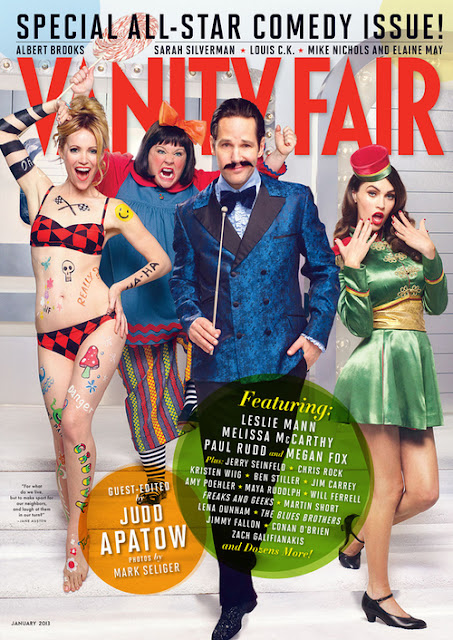 Vanity Fair's January 2013 issue is dedicated to comedy, "All-Star Comedy" that is. The issue was guest edited by Judd Apatow and has three different covers Leslie Mann, Melissa McCarthy, Paul Rudd, and Megan Fox on one, Jerry Seinfeld, Chris Rock, Kristen Wiig, and Ben Stiller on another, and Jim Carrey, Amy Poehler, Maya Rudolph, and Will Ferrell. The issue also features Albert Brooks, Lena Dunham, Sarah Silverman, Louis C.K., Jimmy Fallon, and several other comedy greats. Pick it up if you can, if only for the covers. 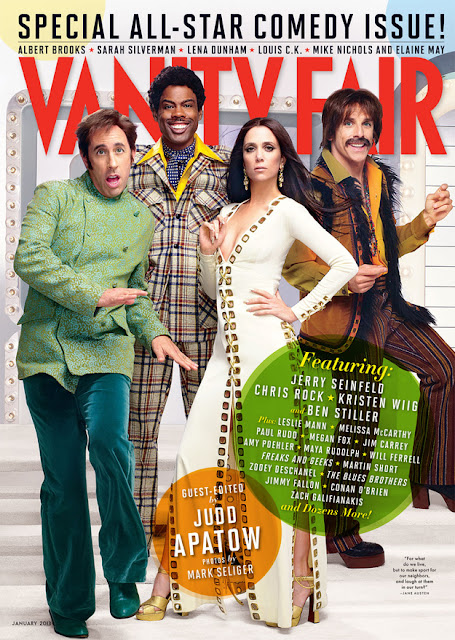 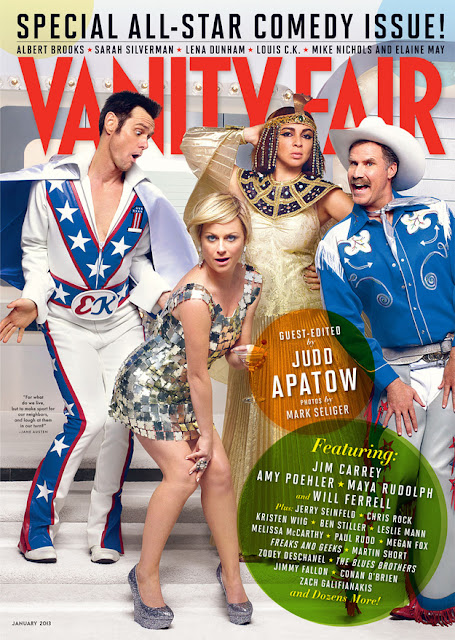