It is very difficult to get tickets to The Colbert Report, mainly because they sell out as quickly as they're made available online. I usually find out through Facebook that they put up tickets and I try getting them on my phone which has never worked once in over a year of trying. I saw them available (through Facebook) again on my phone and I rushed to a computer to try and get them. Luckily for me I was quick enough and actually got two tickets for Wednesday November 28th. I was hoping to take my boyfriend to the show. I got a text from him a minute after I got my tickets. He had also gotten two tickets for the same show (oddly enough). Neither of us wanted to cancel our tickets because it was super cool to have gotten tickets in the first place so we decided we'd bring two more people. He brought his friend Joey and I brought his sister Sarah. 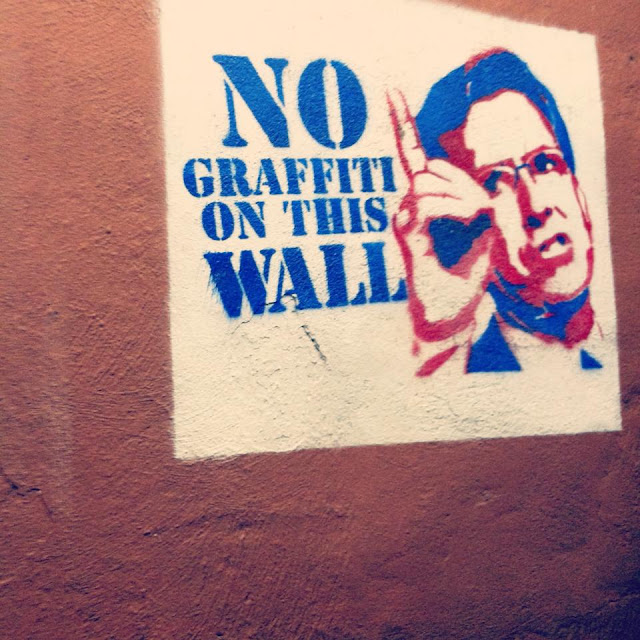 We got to the show early enough to have a decent spot in the line. It was cold out but I'm used to New York in the cold so I was fine. We talked and waited in line. At one point Campbell's (the soup company) came around with new flavors of their soups. I didn't have any for no reason at all but Joey and Sarah did and they liked it (not both flavors though). When we were finally able to go into the studio we stood in the warmth for what felt like an eternity. All we wanted to do was see Colbert and it felt like at some points it was all a trick by Campbell's to get us to try their new soup. Finally, they let us into the studio. There it was; The Colbert Report (no photography allowed). The set is so beautiful. TV does not do it justice. I've been to three different recordings of three very different shows before The Colbert Report and it's so amazing how similar and different they can all be. The audience participation is so amazing. It really does make or break a show when there's a good audience. But how could you not be excited at a recording for a TV show?

Before the show Mr. Stephen Colbert came out and did a Q&A as himself (the REAL Stephen Colbert). It was so cool to just sort of be hanging out with him. Sarah asked him a Lord of the Rings question that he went into great detail answering. After the Q&A they got ready to start the show. Stephen was so funny and goofy in between segments. Something I liked a lot about the show was that since Colbert doesn't have a house band they played recordings of really cool songs between the filming. I knew almost every song and danced pretty much the entire time. Eventually Stephen "brought out" his guest Frank Oz (voice of Miss Piggy, Fozzie Bear, Yoda, and director of Little Shop of Horrors starring Rick Moranis). The interview was funny and featured a clip of the original ending to Little Shop of Horrors. Colbert didn't like it because it wasn't "what he payed for years ago at the movie theater". To me it was cool to see my hero Fozzie Bear in person as a person. The man behind the muppet. 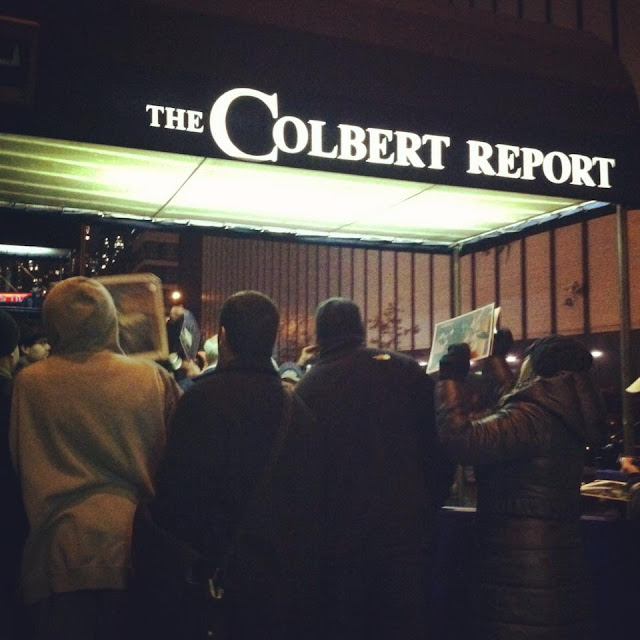 The show was just amazing. I'll never get over how beautiful the set was and seeing Stephen Colbert as a human being and not a character (even though the character is a human being). If I could go back soon I would, but they have a policy so I can't.
stephen colbert the colbert report