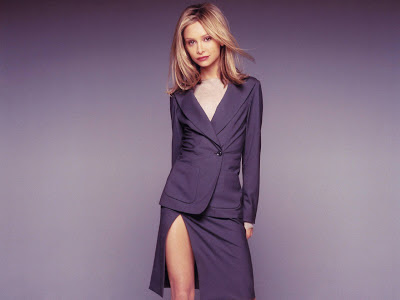 Because I'm only on Season 3 of Ally McBeal I'm going to write about what I know so far in the series. Ally McBeal stars:
I hear that casting changes are in order for future seasons but since I haven't seen it I'm not gonna look up future spoilers. The show is about a Boston based law firm called Cage and Fish (after the partners at the firm John Cage and Richard Fish). Ally McBeal is a lawyer practicing at a firm in Boston and when she quits at her firm because of sexual harassment she gets a job at Cage and Fish from her friend from college Richard Fish. When Ally starts working at Cage and Fish she discovers that her old boyfriend Billy works there too. He left her while in college to study law somewhere else and get farther in his career. Billy is now married to Georgia and Ally has a hard time dealing with it.

The people at the law firm are very unique and pretty wacky. They all become best friends over time (mainly because of Ally) and their relationships are very fun to watch. I love seeing characters turn real over time and I love getting attached to them and with Ally McBeal you can feel every heart break, every disappointment, and every emotional revelation.
ally mcbeal calista flockheart courtney thorne-smith favorite tv show tuesday gil bellows greg germann jane krakowski lisa nicole carson lucy liu peter macnicol portia de rossi tv vonda shepard