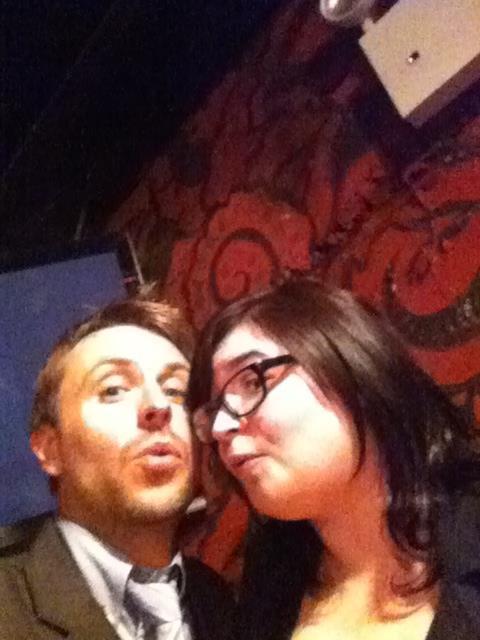 One of my favorite things about Chris Hardwick is that he made being a nerd awesome (even though it was already pretty awesome). OK, he made being a nerd even MORE awesome. Chris Hardwick is a stand-up comedian, television host, fellow podcaster, and creator of The Nerdist which is where nerds go to share interests on the internet varying from TV, comics, sci-fi, Doctor Who, comedy, and tons of other cool things.

I have seen Chris Hardwick live twice, once during NYCC 2011 weekend (see photo) and I went to the taping of his Comedy Central special Mandroid a few months ago (it premiered last month and was amazing). The second time I saw him he told me he liked my UCB hoodie and I fangirled a bit. The first time we met I asked him to take that picture of the two of us because he had just signed my iPhone case and I didn't want anyone else to touch it. He made us do duck face. His signature started to fade from my case so I bought a new one that looks like the TARDIS and apparently Chris got the same one. It was a weird coincidence.

Anway, Chris Hardwick is just amazing and so funny. He did an episode of Boy Meets World where he played himself on Singled Out and Eric Matthews was the contestant. Now if that isn't cool I don't know what it.
celebrities chris hardwick comedy favorite comedian wednesday my silly face the nerdist