THE NIGHT I MET A FEW OF MY HEROES

June 13, 2012
Before you read this please keep in mind that this night happened a while ago, maybe in March. I can't really remember, but I do remember not posting about it.

So anyway my friend Patti and I really wanted to go to 30 Rock one night while SNL was still current because we wanted to meet the cast. The night we decided to go Patti took the bus from Boston and met up with me in the city. In order to go to 30 Rock after the show we'd have to stay in the city all night, which we did. We were there from 1 in the afternoon 'till 5 AM the next morning. We were successful in meeting people! Here are some pictures of me and some of the people I love most in life. 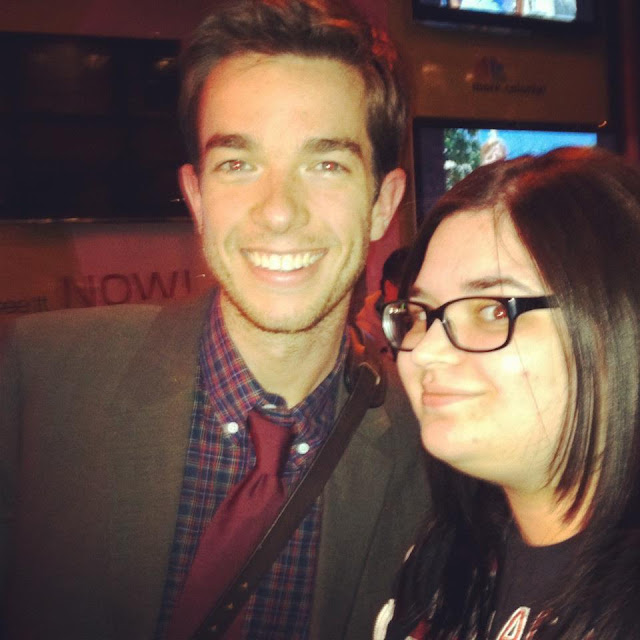 This, my friends, is the beautiful John Mulaney. The night we waited outside One Direction was the musical guest so a lot of young people were there. I'm 20 and I wasn't phased by them, but Patti was and she's 19. I guess it's a teen thing. Anyway, meeting Mulaney was a huuuuuuuge deal for me. I love his specials and albums and Stefon so I was so happy. Here are the other photos minus paragraphs about the men in them:


So anyway, we waited all night to meet these people and they actually took pictures with us! It was a big deal for me being a writer and improviser to be able to meet these awesome comedians. Not to sound corny or anything but being able to go to New York on an every day basis is something I really love and I wouldn't trade it for anything in the world. And that's the night I met a few of my heroes.
bobby moynihan comedy fred armisen john mulaney life my silly face steve higgins taran killam