SOMETHING THAT GETS ME THROUGH SOMETHING ELSE

March 21, 2012
"Something That Gets Me Through Something Else" is, well, something new to this blog. I or a friend of mine will write one of these on ANYTHING in the world and you can read it. I'll be doing the first one right now.

The band Interpol has been around since 1997. They tie with several other bands for my number one band on the planet and in my heart. Paul Banks has a voice that'll just make you melt. Their album "Turn On The Bright Lights" (2002) is what I always turn to when I'm upset or just sort of lost. It's also a really easy album to dance to, which I do constantly. Dancing out your frustrations and sadness is a really good way to deal with it in my opinion. My second favorite album of their's is "Antics" (2004). The first time I heard Interpol was on MTV and the song was "Slow Hands" from "Antics". I was in love with them by the time the song ended. Their music is so dark and mysterious and Paul's voice is just so soothing and calming. I'll admit that I have gone to bed upset and just listened to them as I cried myself to sleep. Getting it out just felt better and Interpol can get it out of you, or at least me. 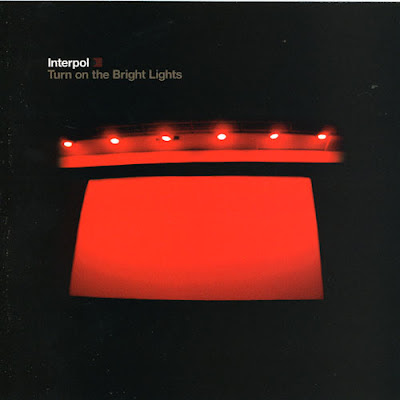 
This is the video for "Slow Hands".
interpol life music something that gets me through something else