March 20, 2012
If you're like me, you like going to concerts. If you're eerily similar to me, you accidentally buy tickets to 3 shows that are one day after the other. You've probably never done that. It's better that you haven't and never will. So here's the weekend all wrapped up for you to be jealous of. 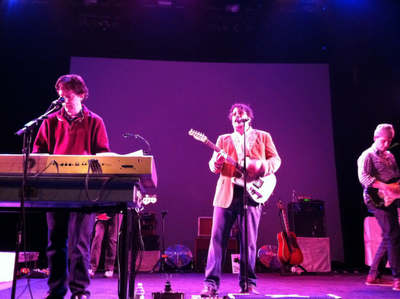 On Saturday my friend Maggie and I went to see one of our favorite bands, They Might be Giants, on the last night of their 30th anniversary tour in Manhattan. The show was at Terminal 5, a venue I have been to before for a Foals show last year. I've noticed that the people that attend shows there are very big fans of pot because they always smoke pot while there. On a side note, I have no problems with pot. I just didn't think anything else was needed to enjoy the sweet sounds of They Might Be Giants.

Anyway, Maggie and I got there pretty early, but not early enough. Apparently people had been in line since the early morning. It was pretty cold outside. At one point I just decided to take pictures of the buildings around us. 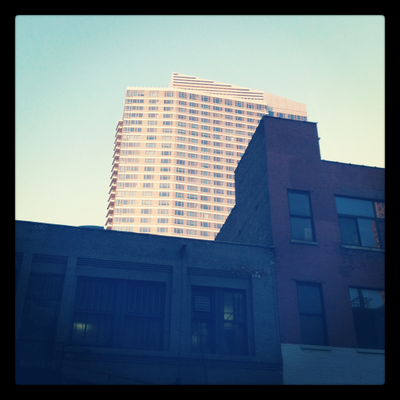 Once we finally got inside, the show was awesome. Jonathan Coulton opened for them and he sounded pretty good. They Might be Giants were fantastic, but they usually are. That was the 4th time I've seen them live, putting them ahead of every other band I've seen live. 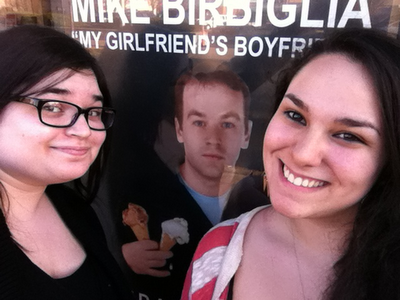 On Sunday my friend Sam and I went to see our favorite comedian Mike Birbiglia for the second time since 2009. He was the first comedian either of us saw live and he's always been our favorite. I found out he was doing a tour of his show "My Girlfriend's Boyfriend" that I had been dying to see so I found tickets to a show in Redbank at Count Basie and we were off. The show was hilarious! It was shorter than I had thought and it had some jokes in it that I have already heard (I own all 3 of his albums and his book), but it was still amazing. He managed to keep everything fresh and it was just awesome. We were able to meet him too! He signed my copy of his book and we had a short chat about Doctor Who. His favorite Doctor is Tom Baker, which doesn't come as a surprise. I was lucky I didn't have verbal diarrhea like I had when I met Will Forte. But the show was fantastic and I'd love to see it again if I could. 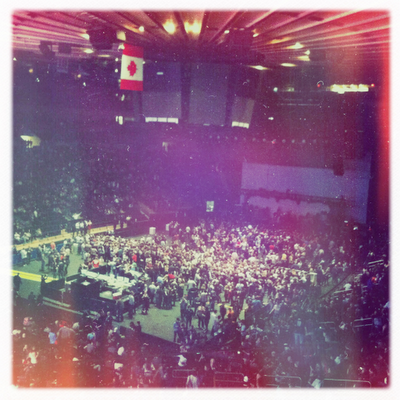 On Monday my friend Nicole and I went to see Arctic Monkeys and The Black Keys at MSG, the only show I was originally supposed to go to that weekend. The seats weren't perfect, but the bands certainly sounded perfect. Arctic Monkeys opened with "Brianstorm" and played each song super fast. It was insane. Nicole and I were dancing in our seats and screaming. 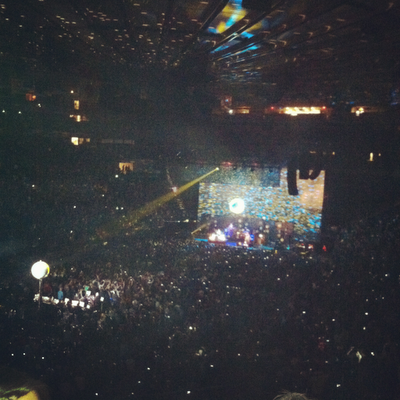 The Black Keys were just as good, if not better. Every song sounded amazing. I took some video of the show and was surprised at how good the audio sounded, minus my singing which is dreadful. Before the show Nicole and I bought t-shirts. I had a tough time choosing which band I wanted a shirt for, but I ended up getting a Black Keys shirt. 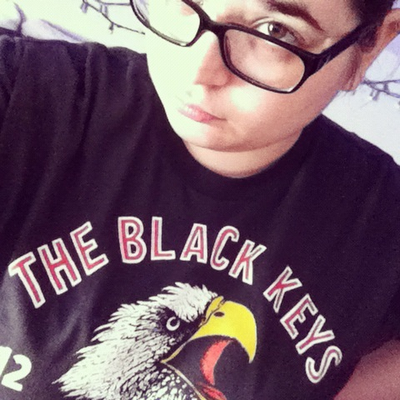 The next day I went on the Arctic Monkeys website and bought their California 2011 shirt, since the one they were selling at MSG wasn't available.

So that's the end of the greatest weekend and an additional Monday of my life.