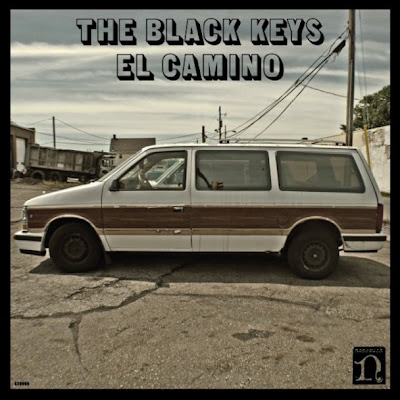 El Camino came out on Tuesday. I didn't pre-order it, but for some reason, iTunes let me buy it on Monday. I've listened to it every day and it is excellent. They performed on Saturday Night Live last week with host Steve Buscemi and it sounded excellent. They were also on The Colbert Report this week and the Late Show With David Letterman.

They're going on a tour next year to promote the album and I'm lucky enough to have tickets to their show at Madison Square Garden with Arctic Monkeys.


This is the single off of their new album. It's called "Lonely Boy". I've liked The Black Keys for years now, but I think their newest album is some of their best work. They received three well deserved Grammys for their previous album, Brothers, last year. If you haven't been listening to them, you should start.
music the black keys video