December 01, 2011
I LOVE The IT Crowd. I watched the entire series over a couple of weeks and fell in love with it. I would watch Moss and Roy's crazy antics all day every day if I could.

On The IT Crowd (which I HIGHLY recommend), they mention a band called Guided by Voices. I already knew one song by Guided by Voices called "Echos Myron" because I heard it on Sirius XMU one day. It was amazing so I downloaded it right away. After hearing Jen say that she had "probably heard everything they ever made", I decided to listen to more of them. I decided to purchase this: 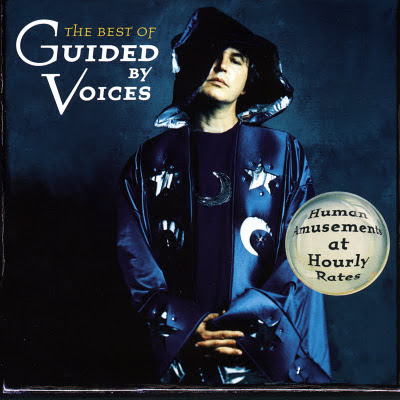 The Best of Guided by Voices. Every song is brilliant and I love them so much. If I could breathe their music instead of air, I would. If you like really really cool indie music, listen to them. Have one of those moments where you're in the car with your friend and their music is playing and they say "This is good. Who is this?" and you say "GUIDED BY VOICES!". Yes, they're one of those bands.

Anyway, you'll like them. AND WATCH THE IT CROWD! It's on Netflix and it's amazing.
comedy guided by voices music netflix shows the it crowd