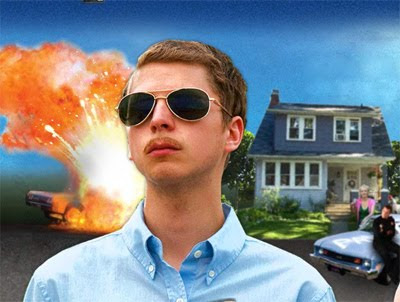 Nick, his mom, and Jerry all go to a trailer park so that Jerry can hide from some sailors that he owes money to. While there, Nick meets Sheeni, who lives there. Sheeni likes Nick as well but she has a boyfriend who seems a lot better than Nick. Nick will do anything to get Sheeni so he creates an alter-ego for himself named Francois. Francois is a total badass and will do anything to get Sheeni, including blowing up half of Berkeley just to back to Ukiah, the town Sheeni lives in.

Anyway, there's a lot more to this movie. It's based on a book by C.D. Payne which is also really good. You should watch it/read the book. 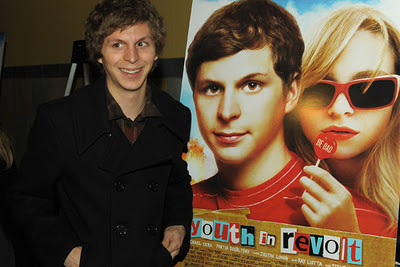 Plus, look at this picture of Michael Cera with the poster at what I can only imagine is the film's premiere. He just looks so cute.
michael cera movie monday movies youth in revolt