December 05, 2011
Every Monday from now on will be "Favorite Movie Monday". This week's movie is Anchroman: The Legend of Ron Burgundy. 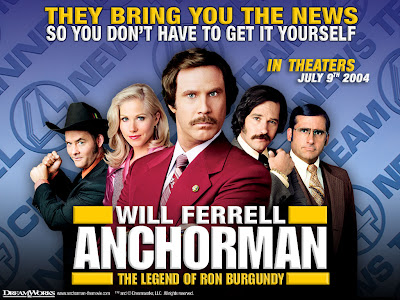 Starring Will Ferrell, Christina Applegate, Paul Rudd, David Koechner, and Steve Carell, Anchorman is about a news team in the 70's competing with other news teams for the top spot in the ratings. Christina Applegate's character, Veronica Corningstone, is the first woman anchor in history (which is most likely not at all true but it works for the story), and this makes their news team unique even though the men on the team hate the idea of a woman anchor. The other news teams make fun of them for this and there's a big fight and Veronica and Will Ferrell's character, Ron Burgundy, have something going on but you should watch it and find out for yourself (even though most people have probably already seen it). 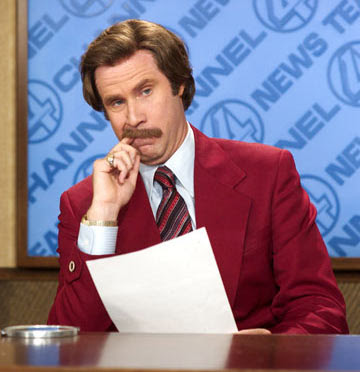 If what I said about the film didn't make you want to see it, maybe this picture of Will Ferrell will.
anchorman christina applegate comedy david koechner movie monday movies paul rudd steve carrell will ferrell