December 14, 2011
So some of you may be thinking "Marlee only picked Bo Burnham because she thinks he's attractive". 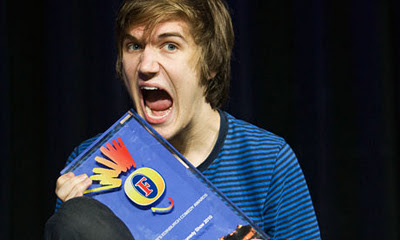 That's only part of the reason why I picked him for this week. I actually picked him because I was watching Hall Pass and he was in it and I thought "OH! I have a comedian for Wednesday!". Bo Burnham has two albums and I own both of them. He was either 17 or 18 (I can't remember) when he did his first Comedy Central special which I saw two Thanksgivings ago at my grandma's house. My grandma said "What is he saying? There are so many bleeps and he's saying it all really fast" and I said "Who cares? This is funny and he's attractive".

His special Words, Words, Words premiered possibly a year ago on Comedy Central. I watched it 27 times AND the uncensored version on Netflix. It's hysterical. I have the album, too, and know most of the words to his songs by heart. In March, I saw him perform at Moravian College with my friend Megan. We got there so early we got to sit front row center. It was amazing and he is so much better looking in person. He threw a deck of cards at an audience member during the show, called the audience racist at one point, and said magic isn't real. At the end of the show, I was lucky enough to get one of the cards he threw. I got the Joker, ironically. 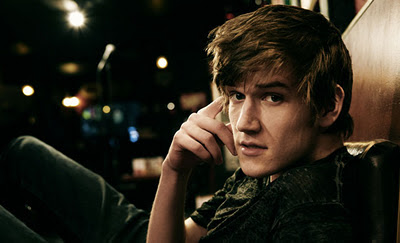 I didn't get to meet him, which is probably a good thing. I mean, look at him. I would've started hyperventilating and would've embarrassed myself in front of him and a bunch of people that I don't know.
bo burnham comedy favorite comedian wednesday