FAVORITE BAND FRIDAY: WE ARE SCIENTISTS

December 09, 2011
We Are Scientists is my all time favorite band. This is a picture of them performing at Summer Stage in Brooklyn, NY. 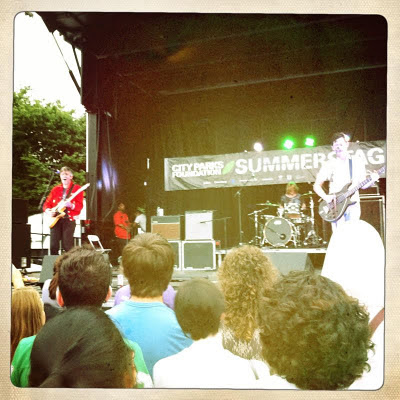 We Are Scientists have been around for a little more than 10 years. According to Wikipedia, they have 5 albums. I only have 3 of them because I can't find the other two, but I have heard them. I think I've heard everything they've ever made. It's all wonderful. This is a picture of lead singer, Keith Murray, at Maxwell's in Hoboken, NJ. 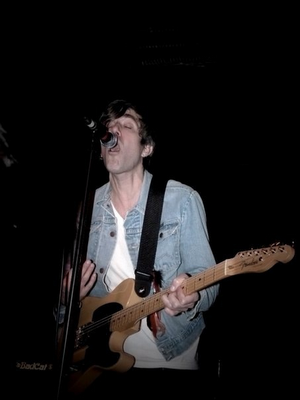 I bought tickets to see them for my birthday. My friend Patti told me about the show on my birthday and I went online and got them. Lucky for me, they sold out in a day. Maxwell's is a small venue but it's really cool. Patti (who went with me to the show) and I even got to meet Keith. 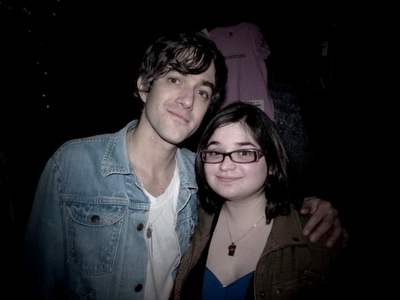 That's the two of us. Getting to see them was amazing and a great birthday present for an 18 year old me (for my 19th birthday I got myself a tattoo).

My favorite album of their's is Brain Thrust Mastery. I don't have a favorite song of their's. I pretty much love all of it.


This is the first song of their's that I ever heard. It's called "Nobody Move, Nobody Get Hurt" off of their album With Love and Squalor. I fell in love with them instantly.


I was wrong about not having a favorite song of their's. This is it. It's called "I Don't Bite" off of their album Barbara. I love the video as much as the song. I have no idea what kind of car that is but I love it. This song is just...I can't even find words. Just amazing.

So yeah, We Are Scientists are excellent.
favorite band friday music video we are scientists